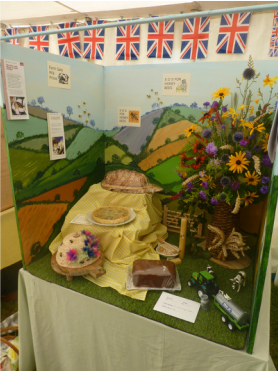 
WI Challenge Cup
Unfortunately we were beaten yet again into 2nd place, by half a point, by Sidbury WI in this competition. 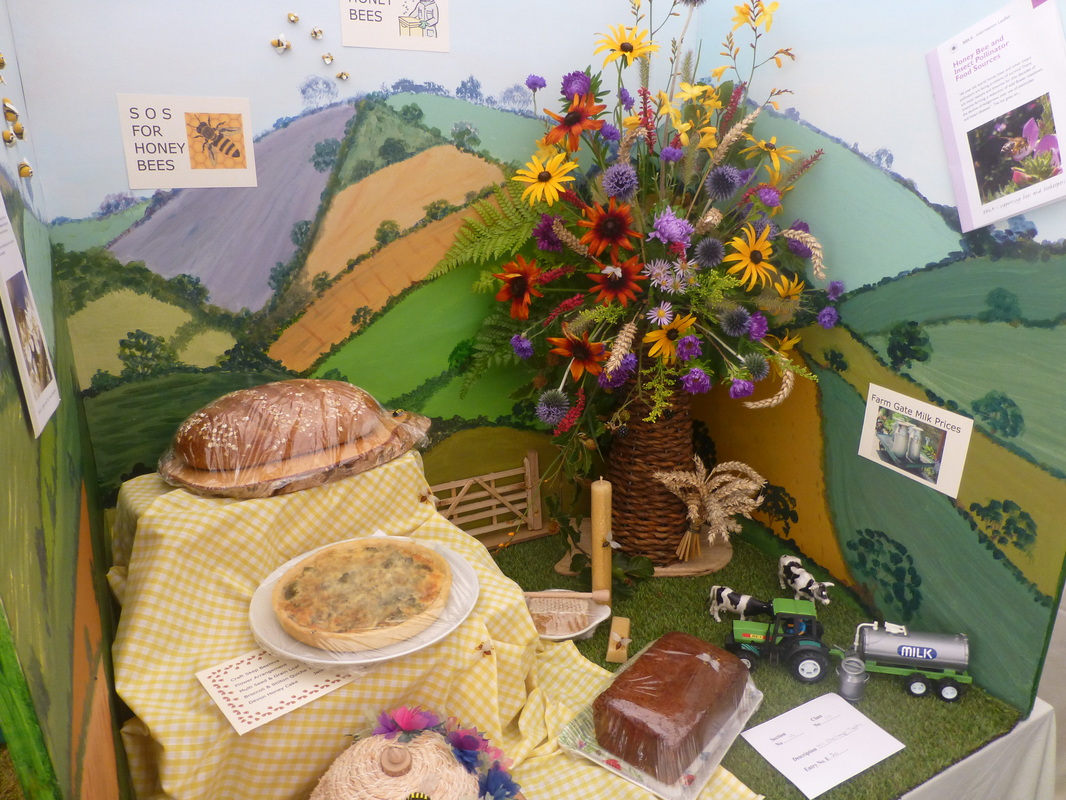 Sidford WI won the Core Hill WI Cup for the WI whose members have collectively won the highest number of points in the WI section.

Barbara Poole won the Sidford WI Salver for the member with most points in the WI section and was also joint winner of the Sidcombe WI Group Cup.

he project for this year, led by Jean Bridgeman, was a knitted Noah's Ark which is goint to All Saints Nursery. 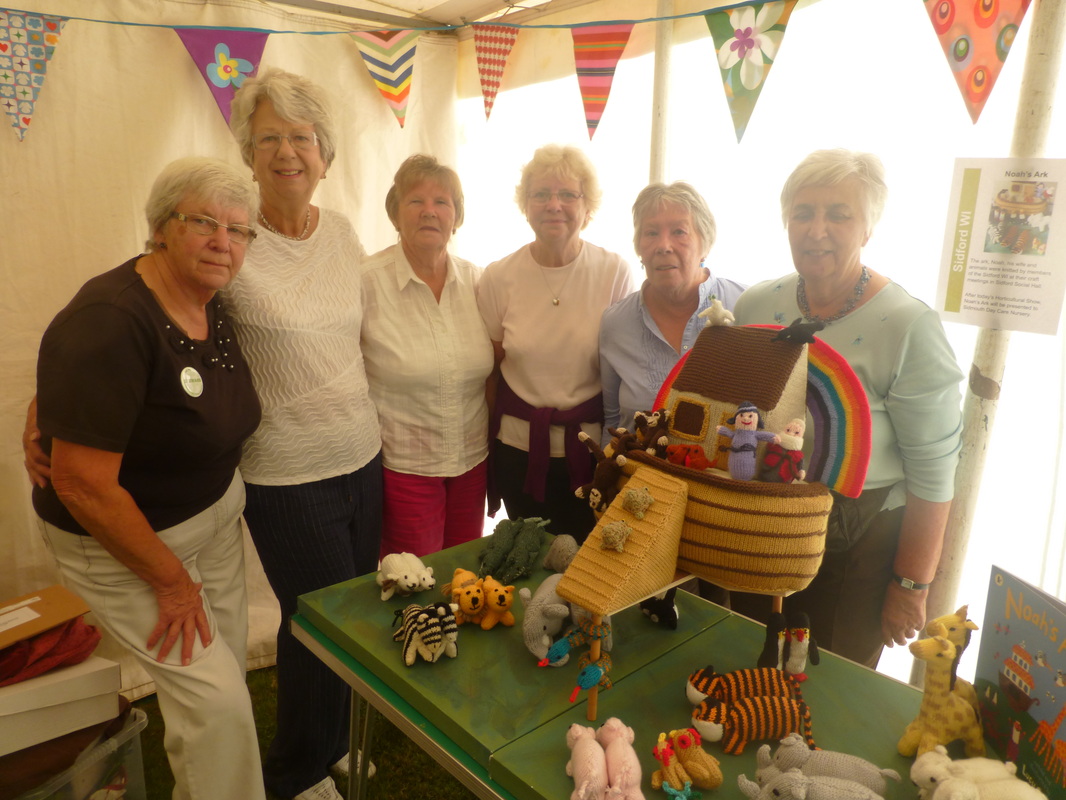 The tea and cakes ladies were rushed off their feet and we sold out, making £430 for the horticultural show. 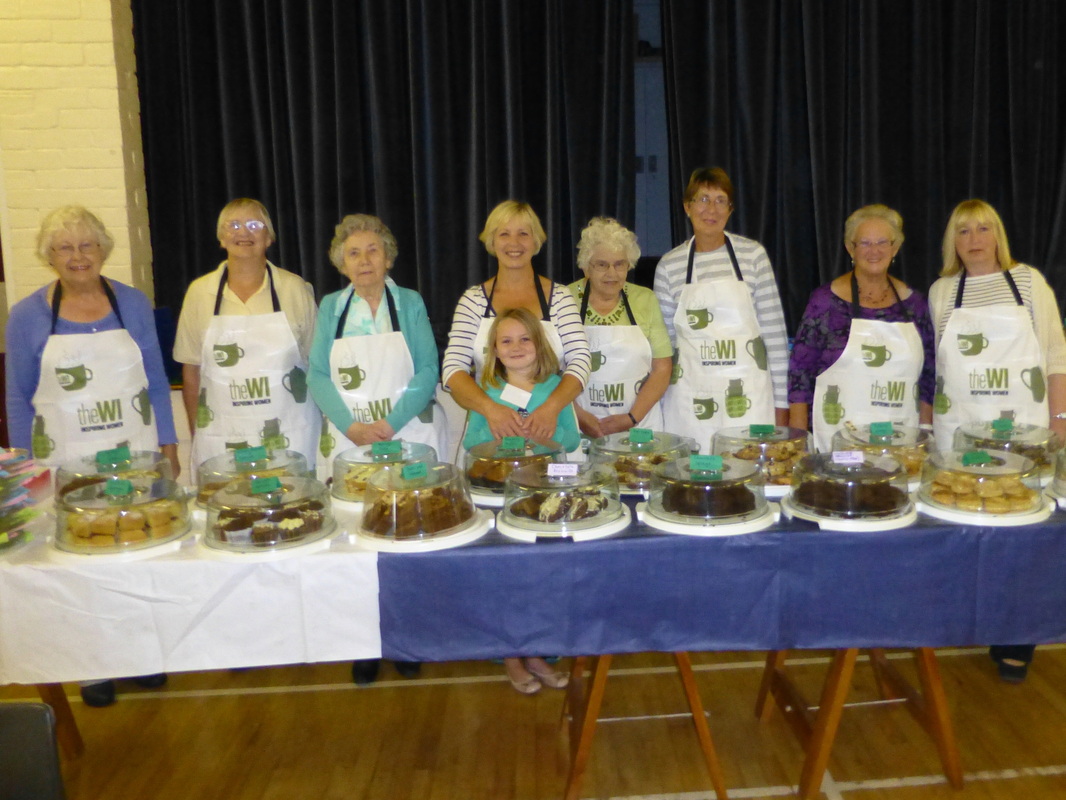 Just some of our members who provided refreshments for the show - making £400 profit for the Horticultural Society.
And what a stupendous display of cakes 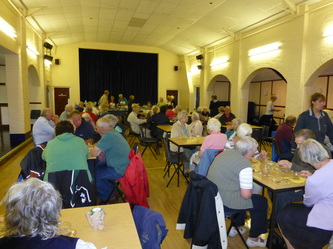 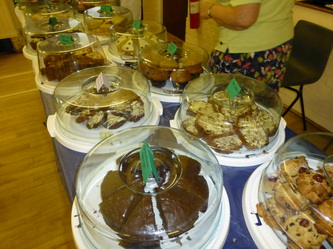 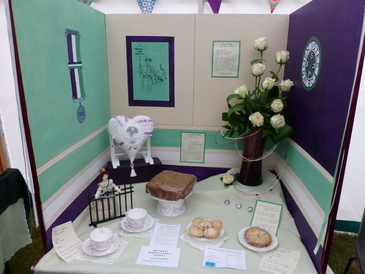 Unfortunately we were beaten into 2nd place, by half a point, by Sidbury WI in this competition. The arrangement theme was 'Woman's Sufferage - 100 years'

The project for this year, led by Jean Bridgeman, was a knitted farm. It was hoped that the farm could be donated to a local children's group but unfortunately due to new safety regulations this has not been possible. Jean is however hopeful that interest shown at the show will result in the farm going to a good cause.
Update: The farm is going to an African orphange more details in 'September Meeting'. 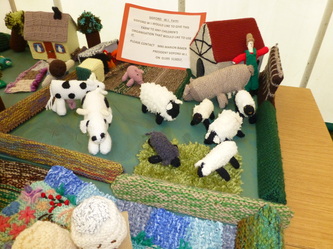 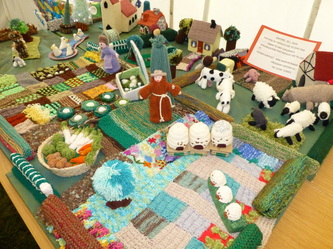 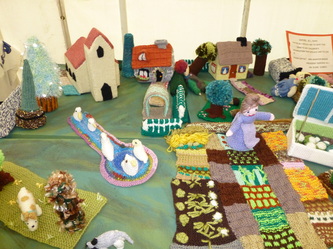