my life behind bars

Stewart Leach MBE started with a guessing game - were the bars in his title horizontal (ie a barman) or vertical (a prison). In his energetic talk, both humorous and thought provoking, he told us about the start and progression of his career in Her Majesty's Prison Service. One interesting fact is that Her Majesty's Prison Service is now just H M Prison service, this means that there need be no change when the Queen is eventually succeeded. He gave a passionate plea to allow ex prisoners not to be required to disclose their past offences when starting a new life.

KNITTED FARM
Marian told us of the publicity that had been generated following the article in the Sidmouth Herald. Articles appeared in The Times, The Daily Mail, The Daily Telegraph and on Radio 4. Marion became a local celebrity after being asked to speak on Radio Devon.
The farm has been on display in Potbury's window and Jean Bridgeman , who was the driving force behind the project, was able to confirm that it will be going to Bana ba Hlokang an orphanage in Africa. At present over 180 children are fed a hot meal every weekday and food parcels are given out to the poorest families. It is also involved in many upliftment programmes i.e. computer training, dance, music, counselling, child therapy counselling, art, drama, sport and much more.

More Midwives
Claire Crouch provided a summary of the report resulting from the WI campaign for more midwives. Claire was active in undertaking local research for the project and is meeting with our local MP to lobby for action.The full report can be found here http://www.thewi.org.uk/campaigns/current-campaigns-and-initiatives/more-midwives/research-findings

Margaret Newman showed some examples of work she had produced on a week's course in Machine Embroidery and Batik. She thanked the group for the bursary. 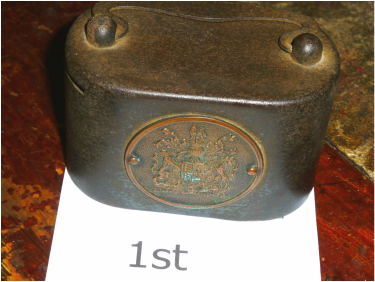 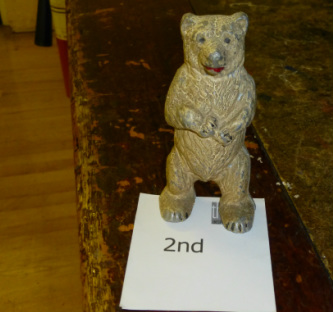