David Sheeling told us the tale of his 2000km walk with his pack animal Henry which formed the start of the charity The Operation Henry Trust.

David wanted to do something notable in his life and decided that a walk of 2000km in the millennium year would be an apt choice. He needed a pack animal and after advice from the Donkey Sanctuary decided on a mule. He ended up with Henry who is a hinny. A hinny's mother is a donkey and the father is a horse, a mule has the opposite parentage. For his walk he settled on the Camino Francaise a 14th century pilgrim route from Le Puy-en-Vela to Santiago di Compestela. The original plan was to take 4 months to do the walk from April to July 2000 but David had to postpone his plans twice. The 1st time was due to him suffering a stroke and then the following year there was the Foot and Mouth outbreak. He eventually completed the walk in 2002.

The Operation Henry Trust is the foremost Pancreatic Cancer Charity in the South West, leading the way in Patient Care and palliative support by personal contact through the referral of the attending oncology nurse, surgeon or G.P. providing 'special time' or the taking over of unaffordable associated burdens that come with the condition for those who have few months to live. 40 years ago in 1970, 3% of people diagnosed with pancreatic cancer survived five years or more, today that figure has not changed!

Devon Federation are carrying out a survey on events. The survey can be completed online here .
WI Calendars £3 and Diaries £3.70 are available to order.
The Mystery Tour is rescheduled to July 31st , £16 for members and £21 for guests. Coach leaves Green Close at 10am.
An extra craft afternoon will take place on July 12th at 2pm to make items for our stall at the Church bazaar in November.
A new members meeting will be held on Monday 14th July.
A members social evening will be held on 13th Aug.
The Noah's Ark was on display for all to see. 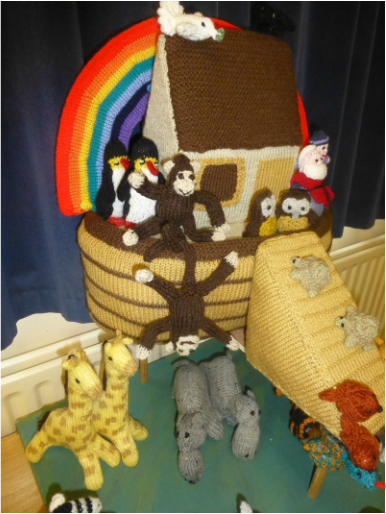