The August meeting is traditionally organised by members and the committee are able to take a back seat.  This year Maureen Cook with a team of members worked hard to  arrange a fun evening of entertainment, games, a quiz and refreshments.

Rosemary Channing entertained us for the first part of the evening with some hilarious sketches and was dressed as a Devon farmers wife and a number of other characters.
Lesley and Lorna, joined in the fun with a short sketch written by Rosemary and they played  the parts of a grieving widower with her cat and a witch - finishing with a great punchline.

Eight members joined in with a word game  - the audience only added to the confusion and caused a lot of laughter..

After a light supper Lorna Ramsden put of a fashion show of members dressed in Tudor costumes that she had made.  The members paraded  around the room in their beautiful costumes and there was a surprise visit from Henry VIII.

The quiz certainly got us all racking our brains but there was an outright winning team. The evening was entertaining and fun and Lesley thanked everyone involved in making it a great evening. 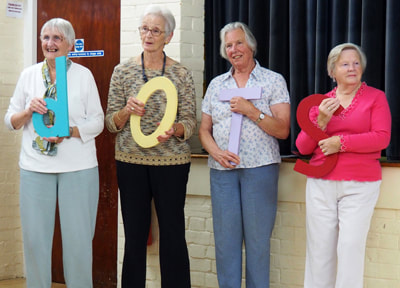 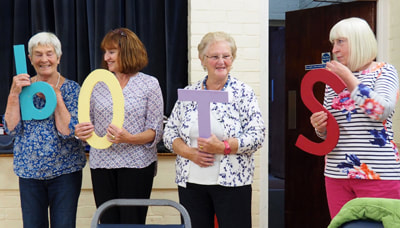 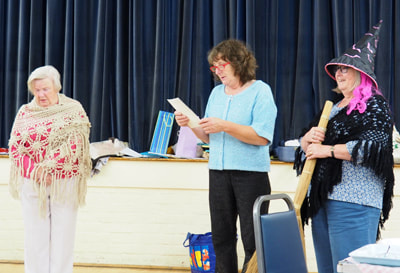 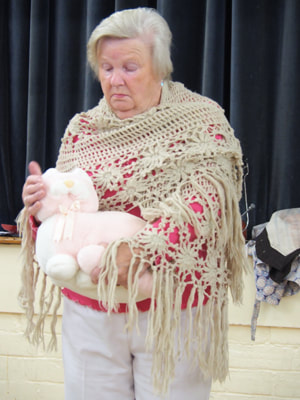 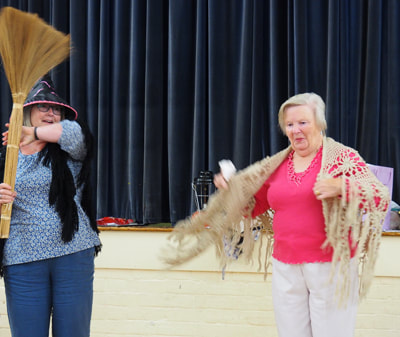 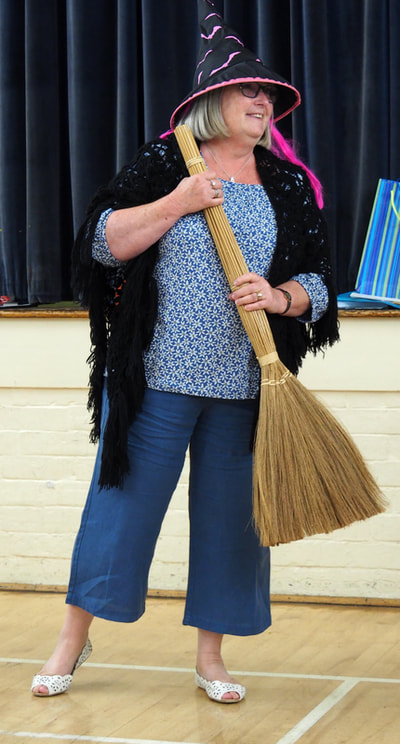 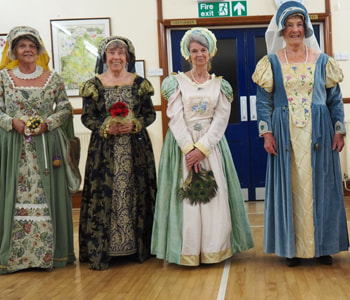 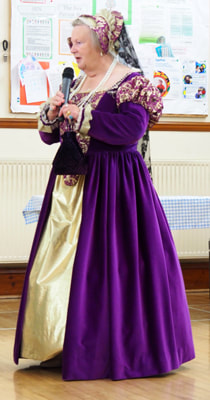 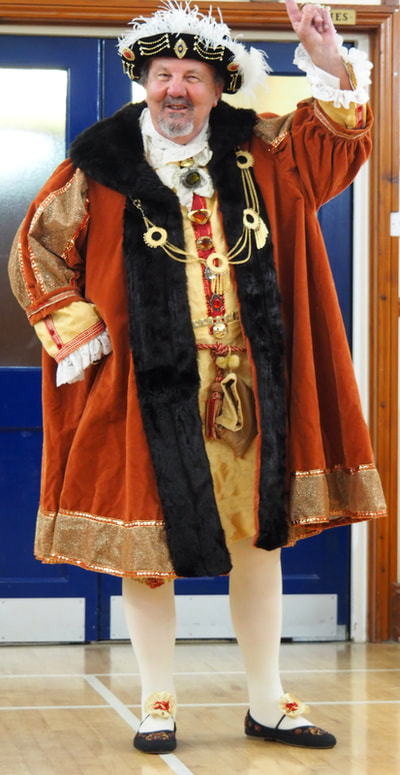