Grace gave us a brief history of the foundation of Pilates, which was founded by Joseph Pilates. He developed his system which he called Contrology whilst interred in Britain, as an alien, during the 1st World War. On moving to America he set up his first studio in 1926.
Grace is a trained practitioner of Body Control Pilates. She took us through a series of 'Sit and Stand' exercises.

Marion thanked everyone who had contributed to the success of our Centenary activities. Grace was presented with a cheque in appreciation of the contribution made by her Brownies group to the 'Pom-Pom' tree.

The Centenary Coffee Morning held in the Social Hall was very successful with £110 raised from the sales table. The members agreed that from September the Tuesday Coffee morning will take place in the Social Hall as this is now free on Tuesdays. It will be less cramped and the extra room will allow Jean to hold a 'Knit and Natter' group during the coffee morning.

The Autumn Council meeting is on 14th Oct at Plymouth . Speakers are Julie Summers, author of Jam and Jerusalem, and Esther Rantzen talking about Silverline.

Competition - An Arrangement of Summer Flowers 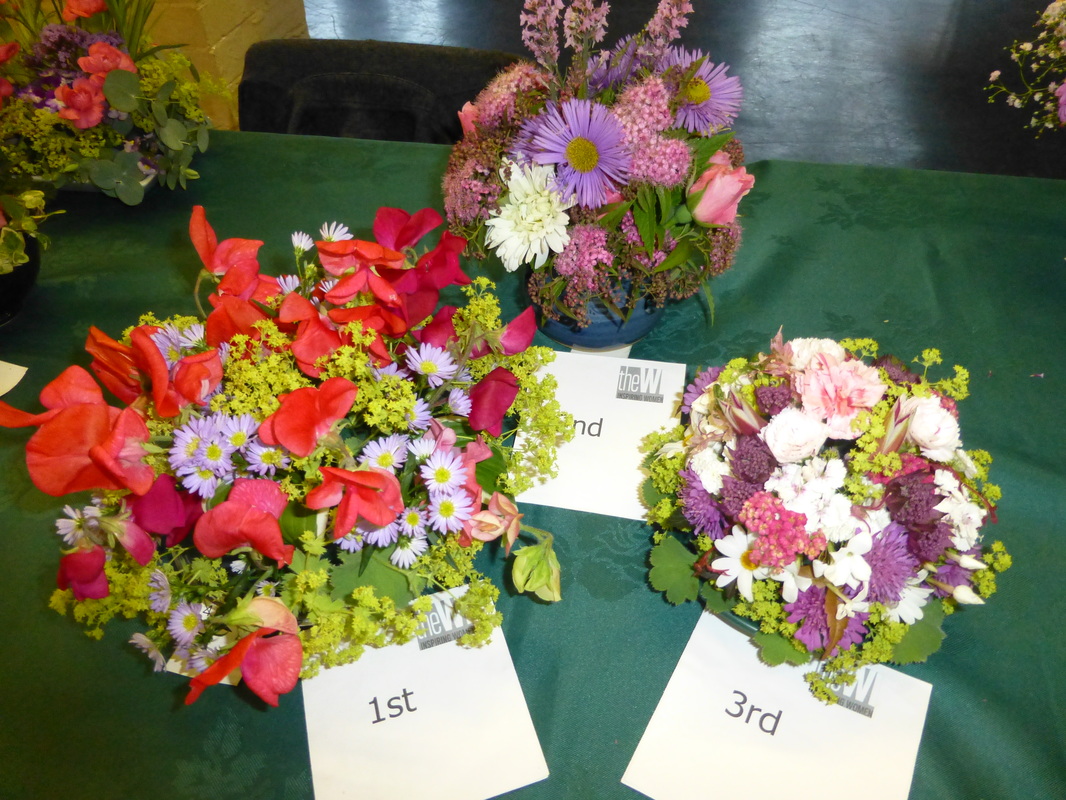