Pauline Leach provided a thought provoking talk on the work of the Children's Hospice South West.

Children’s Hospice South West was founded in 1991 by Eddie and Jill Farwell after they experienced for themselves the urgent need for hospice care for children in the South West. Their two eldest children, Katie and Tom, had life-limiting illnesses and they had to travel over four hours, from their home in North Devon to Helen House in Oxford, then the country’s only children’s hospice.

Pauline explained how the hospices are staffed and the facilities available. Some families may use the hospice for many years, from the time the child is first diagnosed as having an incurable condition. Due to advances in medicine children and their families may be using the hospice for periods of 6-10 years . The whole family can stay at the hospices, and with a dedicated sibling support service available, this means that the well brothers and sisters can be cared for during their visit and enjoy spending time with other children in similar situations to their own.

The 3 hospices cost 9 million pounds a year to run they rely on the generosity and efforts of people to help them to deliver their promise to ‘make the most of short and precious lives across the South West’.

Competition - Something made from shells 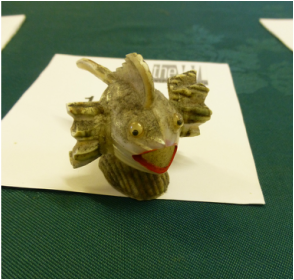 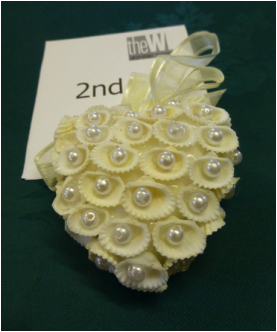