Mrs J Tremlett gave us an illuminating talk on the history of the National Garden Scheme and the Devon gardens.
The NGS dates from 1980 but its origins go back to 1859 when William Rathbone recognised the need for home nursing following the illness and death of his wife. He was a wealthy Liverpudlian and his concern for the poor conditions and high mortality rate in the city led him to found a training school for nurses.

In 1887 £70,00 from the Queen Victoria Jubilee fund was given to the fund and they became Queen nurses. The charity was supported by voluntary donations and in 1927 Sandringham opened its garden to raise funds. This took off as a means of fund raising and in 1929 the 1st Devon garden was opened to support the fund.

By 1980 it was recognised that the Queens' nurses no longer needed the same level of funding and the NGS was set up to support several main charities eg Marie Curie Cancer Care, Macmillan Hospice Care, Help the Hospices.  Macmillan have received over £14 million pounds since NGS was set up. 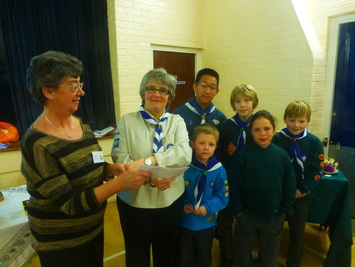 Members of Sidford Scouts and their leader were presented with a cheque for £300 towards the building of a new scout pavilion. 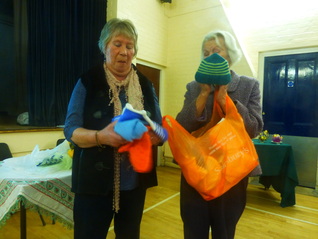 Pearl received the baby bonnets and jackets that had been knitted by members of the group for the premature baby unit at Exeter hospital.
Members were invited to support the Sid Valley Horticultiral show at a coffee morning on 5th April and a Game Show Evening on the 11th April. Both events will be held in Sidford Social Hall.

Barbara had received thanks for the £100 which was sent to the Dawlish flood appeal. £25 was also given to Newton Poppleford WI in support of their fundraising for the Somerset flooding appeal.

The group meeting will take place at Stowford lodge on the 9th May. Cost £1.50

The birthday party has been moved to the 14th May and tickets for the buffet are £7.50. 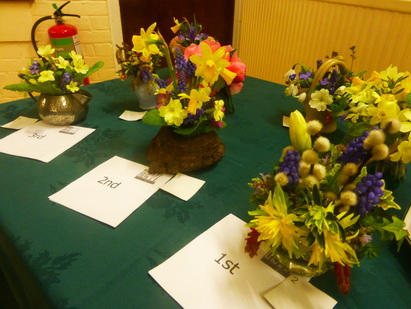