Chris Chrisford is pleased to take over the knit and natter group, renamed "Woolly Women" from Jean Bridgeman who after a number of years of running a very successful group has decided to step down.

At the moment the group are knitting blankets for the premature baby unit and patterns can be obtained from Chris.The blankets are knitted on size 8 needles in double knitting wool and can be done as squares or in various styles with a finished size of 34 x 36 inches. It is planned to have them ready for the WI Coffee morning on 19th June.

The Woolly Women group have been very busy knitting and have now completed 33 blankets for the RD&E Neonatal Unit and these were displayed at the July Coffee morning. The photo includes a number of members who took part in knitting the blankets. 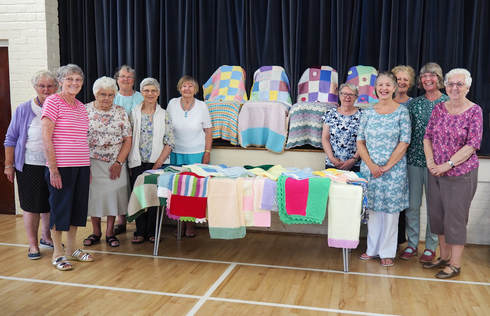 Starting in July our next project will be knitting toy animals for Balloons,  the local child bereavement charity we supported last year. Chris now has patterns available if you would like to take part in the project.
KNIT AND NATTER GROUP 2017

​Jean Bridgeman is currently standing down from running the knit and natter group.  Over a number of years she has overseen a number of brilliant projects including knitting a farm,a arc, mascots for the lifeboats, poppies, christmas pudding hats and bonnets and cardigans for the special care neo natal baby unit in Exeter.

Currently the unit require two sizes of blankets which can be knitted in square designs in double knitting wool on size 8 needles.  If you are interested Shirley Reeves can pass on the sizes required and the knitting patterns.

​Presentation of blankets made by the Knit and natter group to the premature baby unit. 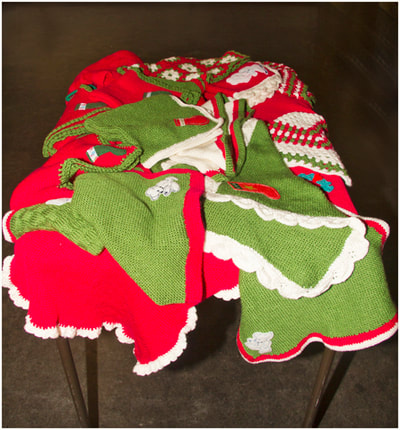 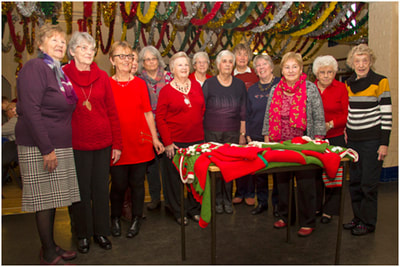